His uncompromising attitude towards showbiz fame and fortune has inevitably left him in a position of “outsider”. It’s a position Coyne relishes. It makes life more pleasurable. The freedom to express himself without the chains of commercial considerations (although he wouldn’t be adverse to a Number One album) helps keep his creativity alive.

Kevin Coyne was born in Derby, January 1944 and was educated at Joseph Wright School of Art (1957-1961) then Derby College of Art (1961-1965) where he studied graphics and painting, obtaining the N.D.D. in 1965. Early musical influences were Little Richard, Fats Domino, Chuck Berry and later (at art school), Muddy Waters, John Lee Hooker and Jimmy Reed.

Coyne’s first job was a social therapist at Whittingham Hospital, Lancashire (1965-1968). In late 1968 he moved to London, starting work for the Soho project as a counsellor for drug addicts in 1969. This work was a source for many of his early songs and remains a major influence today.

In 1973 a youthful and idealistic Coyne signed as a solo artist for Virgin (after a five album spell with Siren on Dandelion Records) proceeding to make eleven L. P. ‘s over the next eight years. During this period he recorded with the likes of Andy Summers, Zoot Money, Carla Bley (for her album “Silence”) and Dagmar Krause. It was a productive time in his career, with tours of Australia, Europe, Canada, the U.S.A. and work in the theatre (the self-composed musicals “Babble” and “England, England”). Life was hectic. Something had to give.

A complete nervous breakdown came in 1981, the main causes being alcoholism and overwork. Virgin records departed to be replaced by Cherry Red, and succession of dark, brooding albums.

1985 was a big year of change. Coyne left London and resettled in Nuremberg, Germany. The move was a good one, resulting in formation of a German group (The Paradise Band), a fresh recording career and a drastic change in life-style. He quit drinking for good in 1987. Ten albums have been recorded in Germany. The musical future continues to look bright and positive.

Kevin Coyne’s writing, painting career has truly blossomed in Germany. Four books have been published and one in the print. ( Two, “Showbussiness” and “Party Dress”, by Serpent’s Tail in London) and numerous exhibition of his visual work have been mounted throughout Europe. The response has been reassuringly strong. Exhibitions in Berlin, Amsterdam, Zurich be particularly well reviewed and attended.

Since the mid eigthies the irrepressible Coyne has instigated and been involved in numerous special projects. “Burning Head” (1992) for instance, is a limited edition of one thousand C.D’s, sold with an exclusive Coyne original picture for each record. “The Adventures of Crazy Frank” (1995) which evolved from a record into an improvised stage musical about the life of English comic Frank Randle featuring Coyne as Randle and Nuremberg dancer, singer Julia Kempken as his wife was performed in Germany and Austria.

“Tough and Sweet” (1993) is a free wheeling collection of over twenty rock and blues influenced songs that just happens to be the first ever Coyne album to use the talents of his musical sons, Robert and Eugene, and so it goes on….

1998 and 99 have seen Coyne recording and touring constantly. The most recent C.D. (Sugar Candy Taxi) includes the playing and songwriting talents of his sons Robert and Eugene. There is now a new touring group (no longer called the Paradise Band) featuring Robert Coyne on guitar and Keyboards and Steve Smith on drums. The 1999 touring schedule included the U.S., Germany, Switzerland, Holland etc. Reception was excellent throughout. The change of record label in 1999 from Rockport to Ruf Records was a very positive move. With Sugar Candy Taxi (his first release for Ruf) Coyne immediately reached a larger international audience.

A new C.D. is planned for April/May 2000 release. Exhibitions continue to keep the artist active (Mannheim, Amsterdam etc in 1999). More are planned for 2000. A new book in German (Elvis, ich und die anderen) comes out February 2000. The publisher is Ars Vivendi from Cadolzburg, Germany.

July 2002:
The last two years have seen the continuation of a busy artistic musical schedule. Three albums, one of them yet to be released have surfaced The first, “Room full of fools”, featured once again the writing and instrumental talents of Robert Coyne plus the fiercly committed drumming of the late and talented Steve Smith. Much of the record was made in New Jersey, USA and received enthusiastic reviews whereever it saw the light of day.

Another record “Life is almost wonderful”, a duo project with songwriter, guitarist Brendan Croker, emerged as a limited edition in 2002. Once again, reaction was positive and excellent reviews in the English Independent newspaper and Record collector magazine lifted the spirits. Coyne’s latest CD, now probably called “Rolling and Tumbling”, is due for release in October 2002 on Ruf Records. It’s his third record for this company and was recorded in London and Nürnberg.

Numerous exhibitions have taken place in Germany in recent years, the most successful being in Bremen and Erlangen. The artist’s enthusiasm for writing and picture making hasn’t diminished, a new book of lyrics and drawings is planned for the near future. The last two years have seen Coyne contributing regular review drawings to the “Süddeutsche Zeitung”, a novel idea that has caught the public attention. Where else are records reviewed visually? It’s a small triumph. The story has no end as yet. Kevin Coyne is a sort of guy who’ll only stop when he drops, expect to see or hear from him in your area soon.

And finally: Was Kevin Coyne really offered the Jim Morrison job in the Doors?

The answer is a very firm “yes”. And why , you might ask, did he turn it down?
Well, the rumour is that he didn’t fancy wearing the leather trousers.
All very simple really…

Diagnosed with lung fibrosis in 2002, Coyne died peacefully on the 2nd December 2004 at his home in Nuremberg. 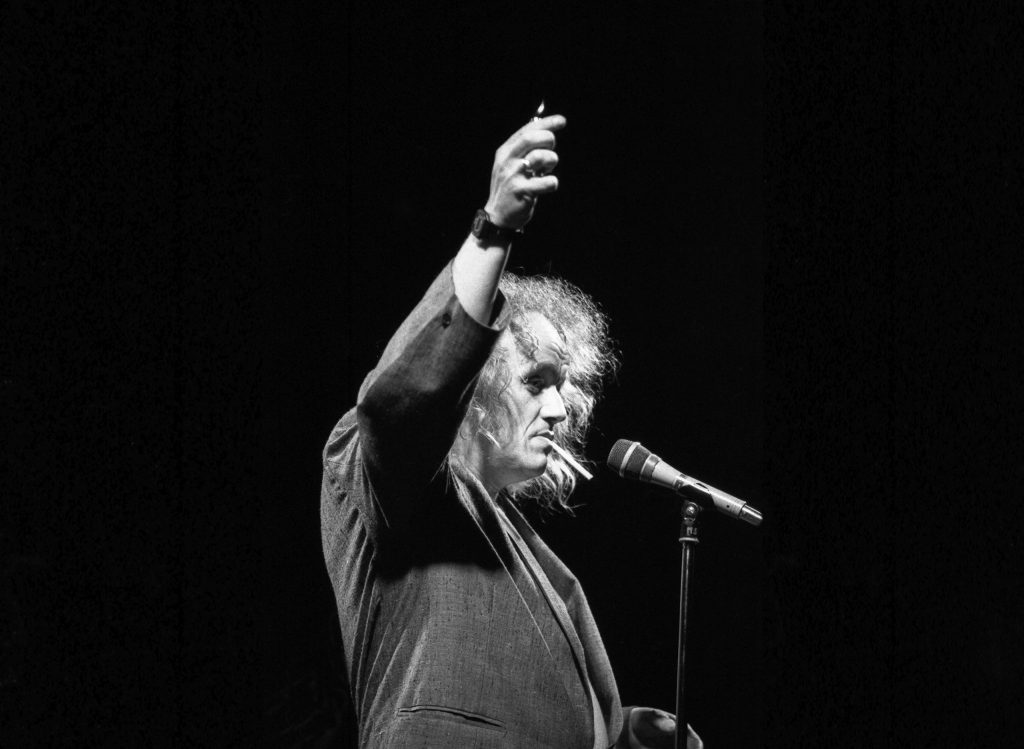 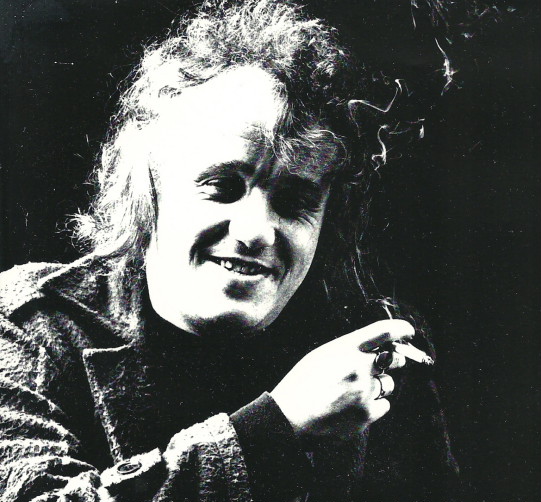 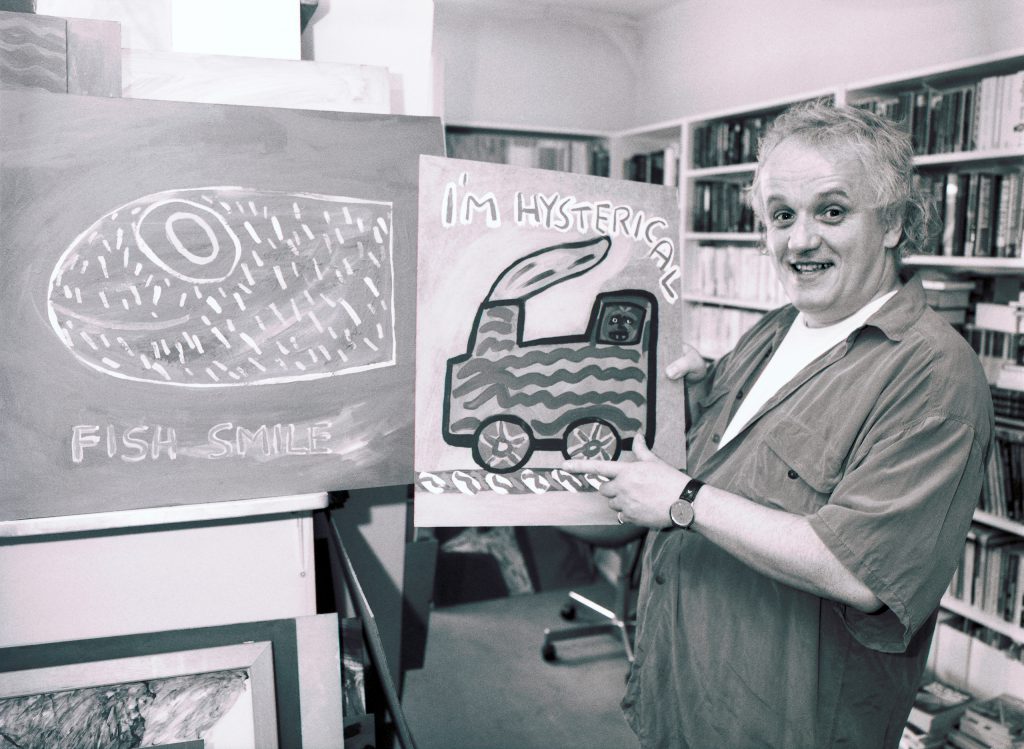